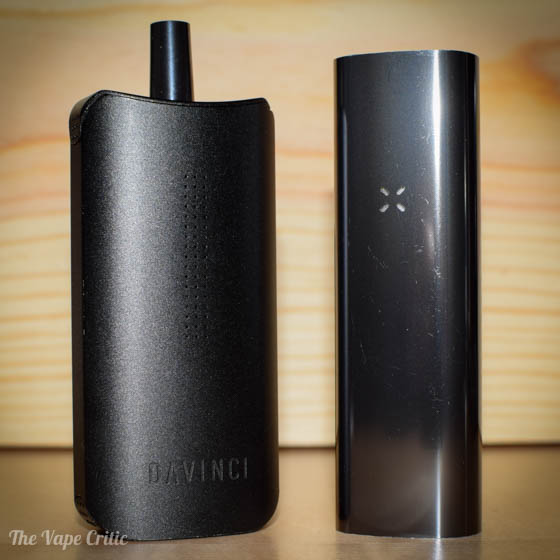 The PAX 3 and the DaVinci IQ both came out around the same time and they have a lot of similarities, as well as some significant differences.

*NOTE: The Black PAX 3 shown in my comparison video is a pre-production unit. It actually needed some tweaks, and they have since sent me a final production unit now that it’s for sale publicly. This final unit is performing better, so I highly suggest watching my newer PAX 3 review to see what has changed since this comparison with the IQ.

Here’s a comparison table listing some of the most important characteristics: **Updated with specs from final production unit PAX 3