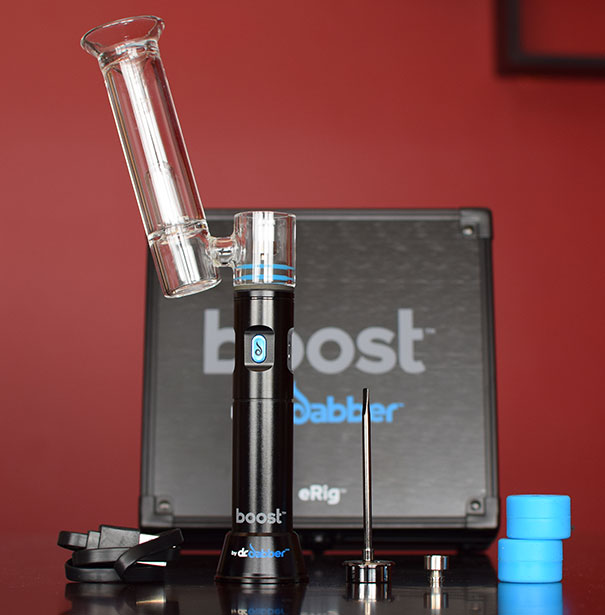 This is the Boost eRig from Dr Dabber. It’s basically a portable dab rig that’s powered by a rechargeable battery, and it’s replaceable (18650 style). Watch my video below for all the details and to see this thing in action.

IMPORTANT UPDATE: The number of defect complaints with this unit is above average. I didn’t have any issues with my units during my testing phase, hence the glowing review, but if you read through the user comments below you’ll notice a different pattern.